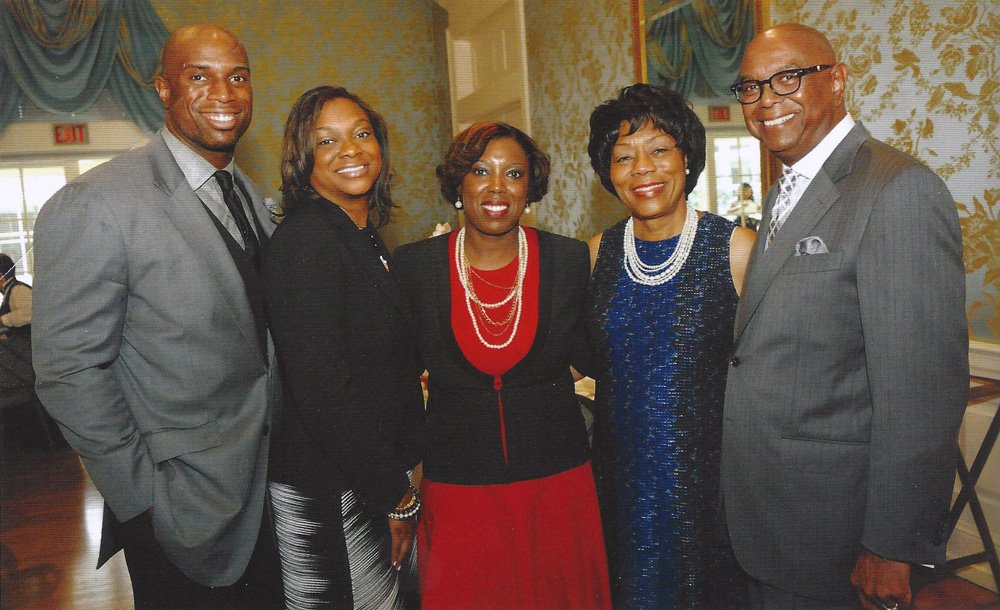 “The quality of life is much better when you are working for the Guess Group. We thrive to be the best.  Excellence is the only option and that is what we are judged by. Our reputation is the only that that keeps us afloat.”

The story begins in the 1960’s with Shell Oil Company’s decision to relocate their international and national office to Houston in order to tap into the Texas oil market. Unfortunately, the competition in Houston was saturated with companies like Texaco. Fortunately, the misreading of the market played in favor of John Guess, III in the form of a promotion from marketing to real estate. As the first African American realtor for Shell, he was tasked with purchasing service station locations and through this, Guess was introduced to the real estate industry. In the 1960’s buying property for the corporation did not require real estate licensing, but as his interest grew, Guess decided to legitimate his skill by becoming a certified realtor in 1970 and by 1972 John Guess III was a certified real estate broker.

Shortly after receiving his broker license, Guess made the strategic decision to pursue real estate full time working with Ideal Realty as a residential realtor. Simultaneously, through networking in and around Houston, Guess became deeply involved in politics and was nominated to work in the area of affirmative action, specifically the Fair Housing Ordinance in the Fair Housing Department under then Mayor, Fred Hofheinz. Years later, in 1978, Guess was promoted to Assistant Director for the City of Houston Real Estate Department, serving under Mayor Jim McConn.

With the election of Mayor Whitmire in 1982, the position for Director was available in the City of Houston Real Estate Department. Seeing this as an opportunity for growth, John Guess, III took the leap of faith and applied. Surprisingly, Guess was hired as the first African American Director of Real Estate for the City of Houston. While in this role, he quietly and carefully planned his own commercial real estate company, and in 1988 John Guess, III departed from the City of Houston.  With access and relationships with major developers around Houston, The Guess Group, Inc. was positioned at an advantage compared to many other African American startup firms. Many of these developers hired The Guess Group, Inc. and called on John Guess, III as a consultant for assistance with contracts from the City of Houston, Harris County, and the State of Texas.

Prior to 1991, the major focus of the Guess Group, Inc. was buying and selling commercial real estate and tenant representation, including private property. A major shift occurred when John Guess, III decided to take on asset management. This addition of service was brought on by the recession which began a few years prior and led to banks around the United States closing their doors. With billions of dollars of assets from failed companies previously owned by banks, the FSLIC and FDIC took ownership of them, and The Guess Group, Inc. joined a joint venture with other corporations to manage property for the FDIC.

After a year of attempting to win bids for asset pools, The Guess Group, Inc. won big with the San Antonio Saving & Loan, which included assets of over $700 Million. This win allowed The Guess Group Inc. to establish offices in San Antonio, St. Louis, Denver, Dallas, Phoenix, Arizona, and New Port Beach, California. For the next 4 years, The Guess Group, Inc. sold and managed property which generated capital to establish equity. In 1995, the RTC was shut down by the federal government and The Guess Group Inc. returned to their main office in Houston with greater experiences and relationships. This experience led them to the next phase in their journey: buying, selling, investing, and developing real estate.

The Guess Group, Inc. continues to do work with public and private sector entities, providing exceptional service.  Looking ahead, The Guess Group will shift into development and assistance with affordable housing in and around the city of Houston.